Working in the sunshine

Hardly seems a year since this lovely spell in India. Kite flying from the roof-tops was endlessly absorbing and equally, the imagination flew free.

Thought I’d welcome everyone in this month with a plate of my favourite goodies. With or without the iconic Scottish lion standard a box of said goodies was a highlight among my Christmas presents in 2015. The culprit knows who he is!

So that’s in the way of another 2016 goal entirely – get the weight back into the “I am a size ? comfortably, and not just when I breathe in.”

But we are meant to be discussing the one or two writing projects I’d like to accomplish this year and what obstacles to them I might encounter.

I enjoy writing and re-reading my novels, but there are one or two ambitions I didn’t realise in the shorts’ world – and that’s my project for 2016. I want to be published by Woman’s Weekly. For those of you in Canada and the US, this is a weekly woman’s magazine which still features two short stories and a serial each week. There is an Australian version, too. I’ve tried before, but not managed. That being said, when they had a letters’ page, I was a regular, so strictly speaking I have been in W’s W, but not in the format I covet.

So, what am I doing to anticipate any obstacles I might encounter? In the first place, I’ve signed up for one of their workshops in Glasgow in early March. Got the ticket. Sussed the travelling. Sharpened the pencils.

One thing coming up next month is the publication of my first novel, Mariah’s Marriage, in large print by Ulverscroft for their Linford Romance line. That is certainly the realisation of a long term goal. Do ask at your library, please. It’s going to be such a pleasure to hold my book in my hand. I can feel the excitement as I think about it.

Interested in how we writers go about organising our year, then pop across to the lovely Hollie Glover Hollie Glover http://www.hollieglover.co.uk and any of the others listed below.

April is the cruellest month – at least according to the late TS Eliot.

April is also the month when bloggers can join in the fun of the A – Z challenge and post daily, except Sundays, on a topic or at random using the letters of the alphabet progressively.

NOVELS NOW brought you names last year. Many were of characters used in my books and linked to little snippets or points of interest. Some, to cover the more outré letters, were not. Interestingly, someone has recently typed Quarraalia into a search engine (aboriginal name meaning a star) and paid a visit.

So, what might I take as a subject for 2016? Should I pursue it again? Daily posts are hard work, but I enjoyed putting up Winter Wonder over the darkest days of the winter. Help from fellow Scottish novelists, Anne Stormont and Christine Campbell, gratefully acknowledged.

Do you enjoy following something for a month? Do you think Novels Now should jump in again? 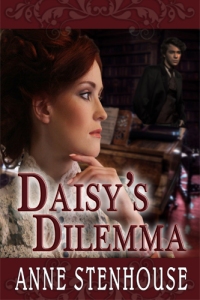 I’m no technical genius and when I first started blogging, I needed to learn my way around the WordPress system. It is pretty much common sense and easy enough to set up. If you get stuck, there are plenty of helpful articles and forums that show you how to do pretty much anything. Just type the question into your search engine.

The one thing they cannot do, though, is answer questions you didn’t know you should ask. Over the past few days I have become aware of how many of those little tweaks and tricks we learn about, then just take for granted. Reblogging was one area I found frustrating for a good while. It is a simple process, the press of a button, until the button is not there…

1. Can’t see the reblog button?
This took me ages to work out! Many blogs, including this one, have their…

I finished reading a book on marketing that, while good, worthwhile, and filled with lots of ideas and information (much of which I already use) to get your book out there and selling, it fell short, in my estimation.

Yes, it discussed the importance of building a fan base and giving fans what they want, and it also suggested one way of developing your career as being to call on others more experienced in your field and essentially “use” them and their influence to get ahead (something I didn’t particularly agree with).

But where the book fell short was in not once mentioning the importance of “promoting the writing and books of other authors” or in working with other authors to create a community in which all can thrive. Authors who read and follow the advice in this book will come out looking like lone wolves grasping after sales alone…

And today sees the Scottish Regency short story – Winter Wonder – draw to a close. I hope you’ve enjoyed following Lady Mary Calder’s return to her senses after the dastardly attempt on her life and might read the story of another lady in distress, Melissa Pateley

Courting the Countess is an entertaining romance with humour and a touch of thematic mystery that turns the fairytale on its head. She’s scarred: he’s handsome beyond most girls dreams.

“You shall hear from me, Rintoul,” Lennox said in a low and deadly voice. He leant into the doorway and dragged his mama out without any ceremony. Mary had to move quickly to catch the hessian bag in which Lady Grizel hoped their jewels were secreted as it dropped from the older woman’s hands.

“Lennox!” Lady Grizel squealed, but her distress did not impress her son.

“Silence, Mama, I think you have caused enough damage to the family and one must now wonder how much disgrace this story will bring down on its name.”

Rarely had Mary heard her lord so angry and she could almost feel a twinge of pity for her mama-in-law, but then that lump on the back of her head throbbed and she knew Lennox was in the right.

Rintoul sent a man claiming to act as his Friend. This scruffy individual was not versed in the language or practice of duelling and it became abundantly clear to them all that Rintoul had no intention of meeting Lord Calder, but had probably left town. Lennox sent Red Will out after the second and he soon came back with the information that Rintoul had boarded a coach for Glasgow.

The night passed in gloom and misery. Lady Grizel did everything possible to deny the accusations Lennox presented to her. He dragged the wretched doctor, Wilson, from his house in George Square, and questioned him hard about the events leading up to Mary’s assault and his unethical treatment of her thereafter.

It was a sorry tale of loss, gambling, bigger losses, money-borrowed, money owed and theft from families and friends. Lady Grizel fainted away when their man of business brought a jeweller to the house. McCallum confirmed Lennox’s suspicions – the jewels were fake.

“I see you come round, Mama. Did you truly believe the money lender would simply hand back your sureties?” Lennox spoke wearily and Mary knew the heat had gone from his anger when he learned Rintoul had fled any gentlemanly resolution. She was a little glad her husband would not be fighting illegal duels in his tired and weakened state.

“It was in his interests,” Lady Grizel said at last. Beside her, Wilson fussed and brought salts to aid her breathing. “I told him you would most likely call him out and he is a cowardly individual.”

“Indeed,” Lennox agreed. He allowed the maids to come in then and take Lady Grizel to her chamber. Mary knew he was plotting, but waited until the outsiders had left, too.

“Lennox, you are too calm. It cannot be simply because Duff is recovering and Rintoul has gone. I believe you’ve arranged something.” Mary challenged him and watched with satisfaction as a flush covered his face.

“I cannot escape your intelligence, my love. Donal and Red Will are galloping hard to reach the first stop on the Glasgow road.”

Mary lifted her brows in puzzlement and then smiled as realisation seeped into her exhausted brain.

“You gave Red will the bag after the jeweller examined the paste copies. Are the men going to…”

“Plunder Rintoul’s baggage?” Lennox interrupte. “With a fair wind and some luck, they will find the originals in his baggage strapped outside the coach. If not, at the next stop, they may distract him and swap bags in the tap room.”

“Gambling debts are often considered inescapable, are they not?” Mary asked tentatively.

“My mama stole those jewels, my love. If we go to the law, she would go to the gallows. I cannot countenance that.”

Mary gasped. He was right, of course.

“But, equally, I cannot countenance that man living on the profits of your jewellery gained from my mama in her miserable pursuit of distraction. If we succeed, I do not foresee Rintoul making any kind of fuss.”

It was into the afternoon before the horses came wearily to a halt in the street outside. Lennox’s wild whoop brought Mary fully awake from her doze in the drawing room. She smiled contentedly and stroked back Alfie’s curls.