This month’s topic is all about that other world. You know – the one we can’t get into normally. It may contain spirits, ghosts, demons and other ethereal beings – or it may not. 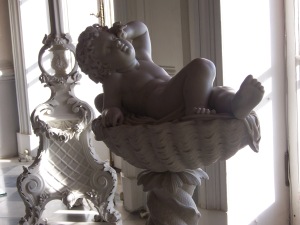 After the Night Before

So much of what we do, suffer and experience in life is down to chance, that it’s easy to say, “My guardian angel was watching” or “There’s a demon on her shoulder.”

But no, I don’t believe in them. I do believe in the power of prayer, however, and there may very well be rational explanations for that. Having worked with people suffering the trials of addictions’ abuse, I’m a little familiar with cognitive behavioural therapy. What or how you think affects the results of your actions.

Have you ever gone into a cupboard to look for something really important just knowing you weren’t going to find it? And them gone back to that same cupboard two days later believing you must have put it in there? Result.

Does it sometimes occur to you that you probably had it in your hand, while you searched the cupboard the first time, and put it down as you turned away?

So, meaningful prayer may very well work along those lines. The depth and persistence of thinking through your problems may well lead to understanding, solutions you didn’t think of earlier and the ability to accept what you can’t change.

What, the topic asks, do I think when the other world’s beings appear in people’s stories?

Like anything else in literature, I enjoy if it’s well written. I particularly enjoy the farcical effects of mischievous ghosts. The television programme, Randall and Hopkirk, for example, was brilliant fun.

My own reading preferences aren’t towards the story where she can’t let him go in death and brings up his ghost. The most helpful remark I’ve read about the loss of a life’s love and partner was by a Scottish novelist who was also a journalist. She described a dream in which her husband appeared and found herself thinking “But, how will I explain him to my friends?” I think it marked the moment when she moved from backward pulling grief to forward moving hope.

Grief is horribly real and can last months, years even. I remember marking things that happened as suitable for re-telling to my mum and then realising she wasn’t there to tell, for a very long time after her death. So I do accept that it will alter the mind’s state and perceptions.

Robert Burns’s Tam O’ Shanter is a comic and dread-filled masterpiece. But it does rely on the volume of alcohol Tam had consumed. Robert Louis Stevenson’s Dr Jekyll and Mr Hyde is another masterpiece, but it also relies on mind-altering drugs.

And finally – Have I used ghouls and ghosts in my own stories?

Yes. I wrote a lovely little two-hander for the stage, called Clinical Know-How. Spoiler alert – one of the ladies is dead.

So – what do my blog friends make of this? Well, there will be as many opinions as there are names, below. I’m followed by Yorkshire woman, Helena Fairfax but you can move from her to any of the other authors below. Good Spook-hunting.