The topic for this month’s round robin is an opinion on love, sex, and relationships in books. What seems acceptable? Is it necessary in a story? And what goes too far?

For a variety of reasons, I’m not included in the official list of contributors this month. I have been reading some of the posts and I discovered I wanted to say something – hence these quick few words.

Jane Austen is one of my favourite authors and so is Georgette Heyer. Neither writer majors on sex. They both write about relationships and about love – quite often familial love/loyalty. It would, however, be a great mistake to suggest the sex isn’t there.

One of the sexiest moments in television adaptations has to be the one where Captain Wentworth assists Anne Elliot into his brother-in-law’s open carriage. The pressure of his hand in the small of her back and the reactionary embarrassment from both him and her are moving beyond words.

Who needs a biology lesson?

I don’t think my books make it into the ‘sweet’ romance category, but they contain little to make anyone blush. Mariah Fox might develop a sever dose of hayfever, though, when her would-be husband fills her house with summer blooms as part of his campaign to win her hand. Like many a Heyer heroine, Mariah’s sparring battle with Tobias conceals a blossoming romance that leads to Mariah’s Marriage. 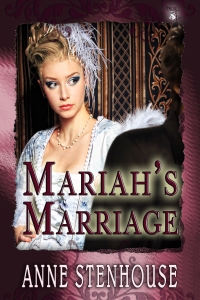 I hope you’ve all been enjoying my City of Discoveries, the Anniversary serial commissioned to mark the 150th anniversary of The People’s Friend magazine. Instalment 7 is out on Wednesday.