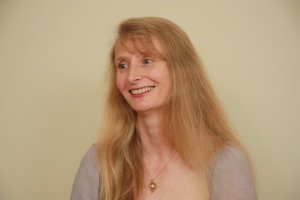 Margaret Montgomery
Novels Now has been pre-occupied by the A – Z Challenge, did you notice, and neglecting fellow writers for a wee while now. However, there are many super writers and lovely books out there, so let’s get back into the groove. Where better to start than with the debut novel of today’s guest, Margaret Montgomery.
Margaret’s novel is called Beauty tips For Girls and it’s brought to us by Cargo Publishing. 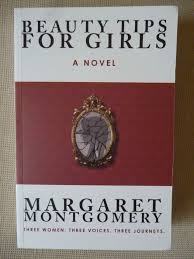 Margaret really likes sport. She always has the impulse to do a cartwheel (or two, or three) when  on a beach. When there’s a soft landing, she’ll maybe give a back flip a go.

Margaret scored her first rejection slip (it’s called earning one’s credentials) at a very tender age. She entered a writing competition at primary school, gave it her all and was heart broken when she found out it was a ‘handwriting’ and not a creative writing competition.

As a teenager, Margaret’s pin-up was William Gladstone. (Very apposite as we career towards a general election, Margaret, and brings a touch of class to Novels Now.) Margaret’s fascination stemmed from the fact that she discovered Queen Victoria was rather nasty to him and made it quite clear she favoured Disraeli. (It’s very British to favour the underdog.)

Margaret knows everything there is to know about cardboard and its various attributes. This oddity is one of the results of being a professional journalist. (My DH uses it to accelerate the compost bin.)

Margaret worked in the US where she narrowly avoided becoming alligator lunch and seems to have done her best to create an international incident. Read on in her own words “I found that America and the UK are, indeed, two countries separated by a common language. My reputation was put at risk and probably never recovered when I knocked on the door of the professor who had an office next to mine at the University of Florida. I’d been writing some notes in pencil and made mistakes. Surely a good way to meet my colleague and correct my errors was to introduce myself and ask if he had ‘a rubber’? Apparently not, judging by the colour he turned and his reserve towards me ever after.”

Margaret Montgomery is a writing tutor at colleges and universities in Edinburgh, and teaches nonfiction writing, English and media. She originally trained as a journalist and has worked as a writer and subeditor on a range of magazines and newspapers. Her first novel, Beauty Tips for Girls, was published by Cargo in March 2015. Margaret also enjoys writing short stories and poetry and has been shortlisted in a number of short story competitions. When not writing or teaching, Margaret likes sport, spending time with her friends and family, reading, working on her allotment and going to the theatre. She grew up in Ayrshire and is based in Edinburgh.

I have my copy of Beauty Tips For girls and it’s going in the packing for my next trip away. If you would like your own, buy links are here:

Margaret has a brand new blog. You can catch her here:

Thank you so much for being my guest, today, Margaret. I’m really impressed to read how fit you are, but I won’t be attempting any cartwheels, back flips or similar. Rising safely out of my chair can be challenging enough. Anne
Advertisement

12 thoughts on “Fascinating I Am – novelist Margaret Montgomery”